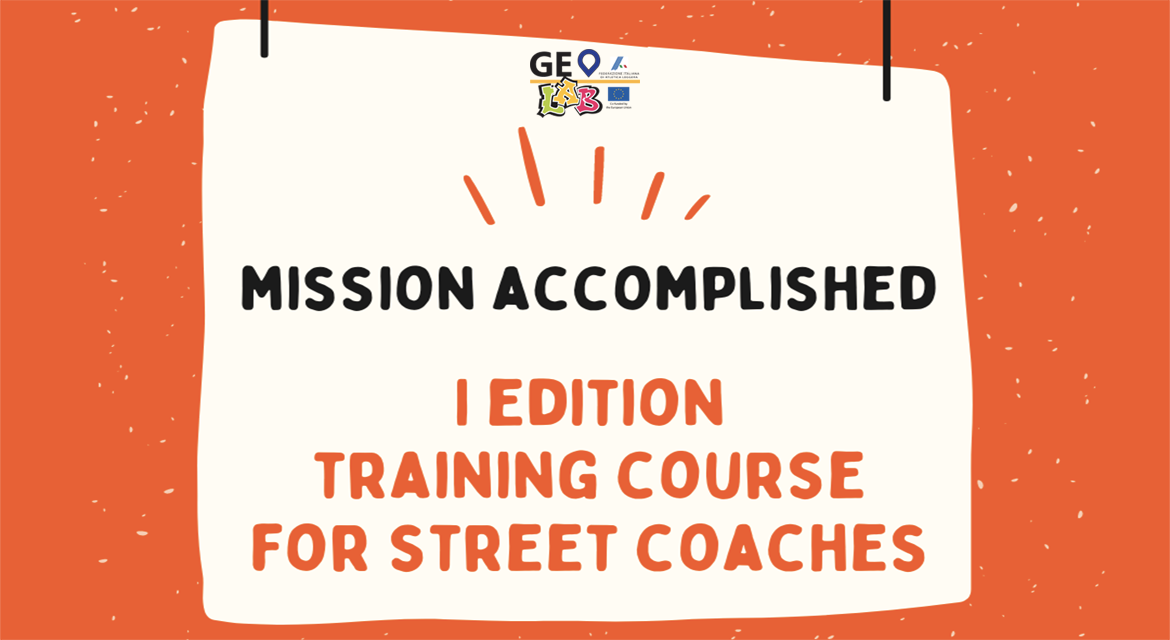 It’s time to go down the streets for our 40 Street Coaches, after four months of online lessons.

GeoLAB is a pilot action conceived by FIDAL – the Italian National Federation of Athletics, co-funded by the European Commission – Sport Unit DG, aimed at preventing risk of radicalization among youngsters through sport, and running in particular, in Italy, Bulgaria, Croatia, Portugal and Slovenia.

GeoLAB focuses on coaching as a vehicle of social integration and inclusion, especially in urban contexts where episodes of violence, discrimination and exclusion are more frequent, due to vulnerability factors for youth.

That’s why GeoLAB Academy was born, recruiting 40 under 35 students who, starting from 6th December 2021, attended online lessons to become Street Coaches, an innovative trainers’ network, through which new professional figures are educated and ready to approach the streets of our cities and neighborhoods using a combination of sport and social skills. GeoLAB platform has been hosted by GEOpard, delivering materials and video-lessons.

The last two lessons were devoted to explore the Community Organizing, a process where people who live in proximity to each other or share some common problem organize relational meetings and come together into an organization that acts in their shared self-interest, implying a strong community building. A theory that revealed to be very useful for the objectives of the Project.

Participants came from different backgrounds and had the opportunity of sharing and exchanging, also through role models and project team works. In the next months, they will be in charge of testing provided knowledge, putting into practice competences and abilities in order to organize the “RAREs” (Race Against Racism Events) and to make the format attractive and replicable.

Methodology was based on a participatory, transparent, cross-sector and transdisciplinary process: the Plan-Do-Check-Act (PDCA) cycle, also known as the Deming wheel or the Deming cycle. It is an iterative method for continual improvement of processes and is a key element of lean management. The PDCA cycle is a loop rather than an end-to-end process, very versatile and easy-to-adopt. The goal is to improve thanks to an ongoing process of learning and growth.

GeoLAB Academy proved to be a successful training and now forty Street Coaches are ready to start their activity within the European Union!